The Washroom Habits of Your Colleagues

Here at UK Bathrooms we’re proud of offering a really wide range of products for domestic bathrooms and offices across the country. We’re not just satisfied with supplying great kit at a very reasonable price though, we’re keen that it’s used. Properly.

So we thought we’d do a little digging into the habits of office workers up and down the country.

We commissioned a survey and asked some questions of more than seventeen hundred workers. Now I’m no statistician, but I’d reckon that’s enough to give us a reasonable sample.

First up the respondents were asked whether they used the loo at work and 96% said that they did. So what do the other 4% do? Can anyone really hold on for the whole day? That can’t be good for you! But it’s not them we’re worried about here.

That question then led into the next, and you can guess what it was I expect. Do they wash their hands afterwards? Now even though the survey was anonymous we were surprised when a third of folk admitted that they didn’t bother. The whole issue of washing hands isn’t just about personal hygiene, it’s about stopping the spread of germs, and with the dreaded norovirus knocking people out left right and centre this winter it is a serious matter.

It got worse though. We asked those who said they washed their hands how they did it. About 70% of people used either a hand sanitizer or good old soap, but the rest just had a quick rub of their hands under the tap. That is better than nothing, but if someone is going to go to that amount of effort then surely it’s worth a little soap to get the job done properly? I know that there’s not always a sanitizer to hand, but I don’t imagine there are many work environments that don’t at least have soap to hand.

To ensure we left no germ hidden we asked one final question, and this one made me laugh a little more. We asked how they then dried their hands, offering as options the hot air hand drier, the paper towels, a quick wipe on the back of the trousers (or skirt), or just air dry after a shake. Of the two thirds using a hygienic method it was split almost half and half between the paper towel and the hot air drier, and let’s face it not every office has a drier. But the rest, well they’re just the shake and air dry, or trouser crew.

While we don’t attach too much importance to the survey, it does have a serious message. It is quick and easy to wash your hands after you have been to the loo. It even feels better when you have done so. And you considerably reduce the likelihood of spreading disease amount your colleagues. So come on you lovely people of Britain. Do the right thing. Have a quick scrub in that bathroom and you need not fear getting caught ever again. 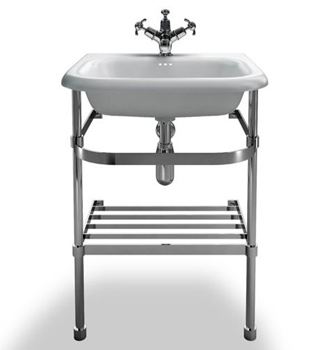 Clearwater Basin – A luxurious place to wash your hands