A major problem confronting anyone wishing to install a shower in their home, either over a bath or in a separate cubicle, is ensuring sufficient water pressure to operate the shower satisfactorily. Most people expect a shower to deliver a strong invigorating spray rather than just a trickle of water. All too often it is found that although water pressure is adequate at bath and basin taps, once a shower is fitted, with the spray head higher than other outlets, the pressure at the spray head is totally inadequate.

There is a way round this that will not only give an adequate shower, but it will be powerful and invigorating too. A shower pump is the answer and UK Bathrooms have a range from the leading manufacturers. Stuart Turner is a leader in the field and their range will suit most installations. The Showermate twin pump is designed to boost the incoming hot and cold water supply to an individual shower, bath / shower mixer, or mixer tap. 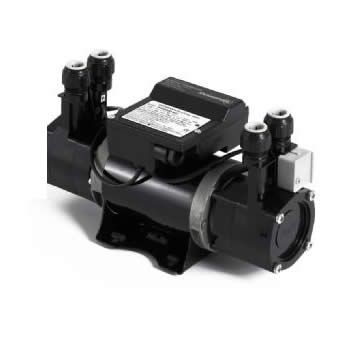