The original concept of the now familiar shower tray was manufactured form a ceramic or fireclay, the material used to make Belfast sinks or urinal slabs, now it is more likely that you will see trays which are formed from acrylic, the same as acrylic baths.

However things have now moved in a completely different direction and from Kaldewei, a German family company, long regarded as the leading manufacturer of baths in Europe, there is a range of shower trays which are manufactured in the same way as their 3.5mm steel baths and offered in a range of colours. These have an easy clean finish, and you can have the added anti-slip addition ensuring that your feet are kept safely on the tray.

The range of shower trays from Kaldewei  includes both square and oblong shapes all of which are offered in many sizes and depths. The Conoflat range are a stunning completely flat series of shower trays which ensures that tripping is a thing of the past and the water outlet is skilfully designed to fit seamlessly into the shower tray’s surface. There are no less than thirty-three sizes from which you can choose ranging small at 800x800mm through to large at 1000x1800mm. 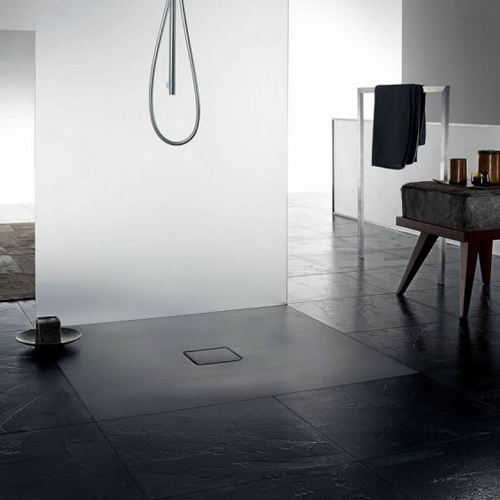 More traditionally the Duschplan range of shower trays are from the classic modern design of which we are more familiar and these can be integrated into your bathroom design. These are 6.5mm deep, in four dimensions. Superplan shower trays are an impressive 2.5mm in height and are ideal for floor level installation offered in a wide range of dimensions from which you can choose, the Superplan easily fits into every bathroom. 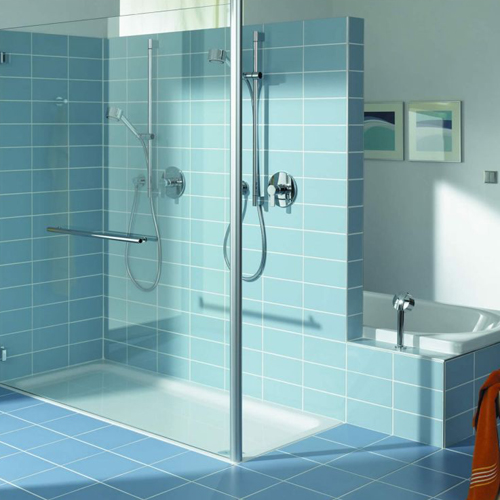 Ladoplan shower trays are a brilliant concept with clever design to collect the water which ebbs away to one side of the tray. The very name of this product is derived from Spanish “el lado” which translates to the side aptly describing how, like a beach, the water moves away, a brilliant and spacious floor level shower tray. 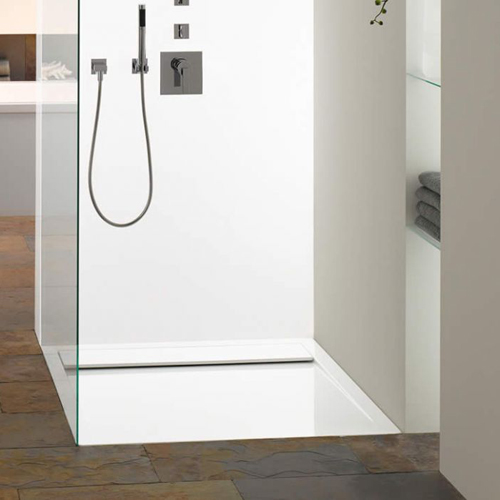 In the same way as their baths are regarded as being amongst the best in Europe, we are confident that the range of shower trays from Kaldewei will excite and will in no way disappoint.