Story: Bawili from The Democratic Republic of Congo

UK Bathrooms began supporting Toilet Twinning in March this year. Each month we sponsor (twin) 10 toilets in different 10 countries that are in extreme poverty. This funding helps to improve the hygiene situation and also provide people with a proper latrine. 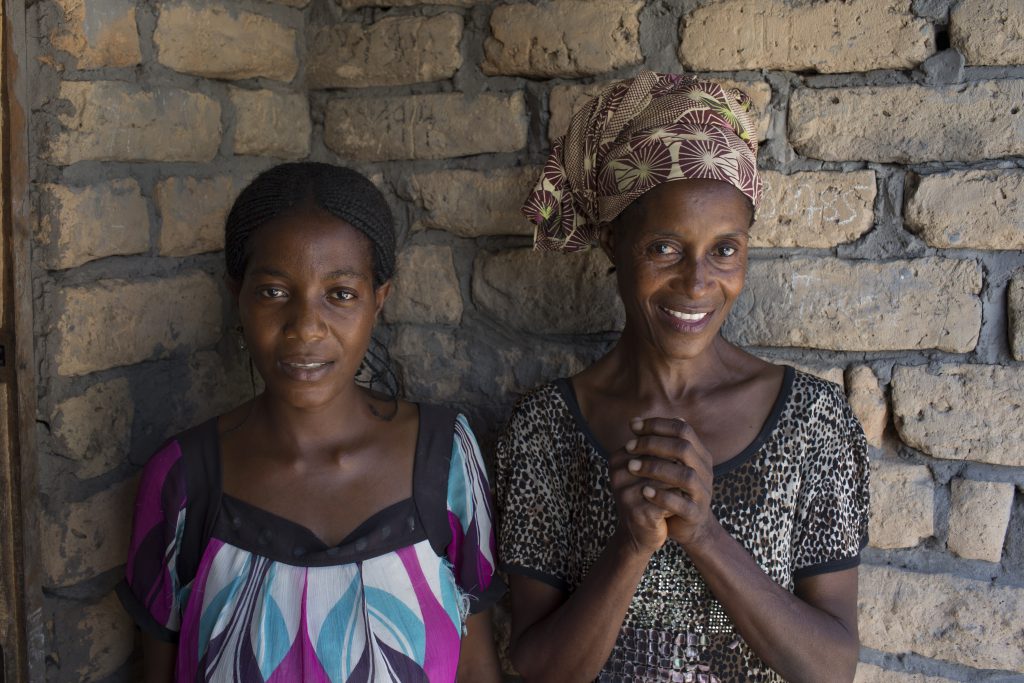 This month we are sharing Bawili’s story. Bawii is a widow from the Democratic Republic of the Congo, she raised her family on her own. Bawii’s husband was killed during a civil war in DMC. After the civil war, the rest of the family escaped to Tanzania and stayed in a refugee camp. After 10 years, they were forcibly returned to their home country where they had no home, no clean water and no toilet.

Bawii’s daughter, Ebinda had to walk for 90 minutes, three times a day to gather water from Lake Tanganyika. However, the water source was dirty and many people became ill with cholera. One day when Ebinda was still a teenager, she was attacked and raped by several men when she went to the toilet in the bush. As the consequence of the assault, she was pregnant.

Determined not to let other families suffer as hers did, Ebinda’s Mother, Bawili, joined a Community Health Club which was set up by Toilet Twinning’s support. It educates local people about hygiene and encourages them to build toilets. She devoted herself to the group and is now the Club President.

Bawili was unable to undertake the building work involved to construct her own toilet, so health club members worked together and built her a toilet recently. As villagers construct toilets together, they also develop a stronger sense of community and help one another. ‘We’re learning to work together… to love each other,’ says Bawili. ‘If there is no love, we cannot build a good society. We used to be ashamed when people shouted abuse as we walked to the bush. I’m so happy to have a toilet next to the house now.’

If you would like to learn more about Bawili family’s story please watch the following video about their journey.

We are proud to have received UK Bathrooms sponsors certificate for April. 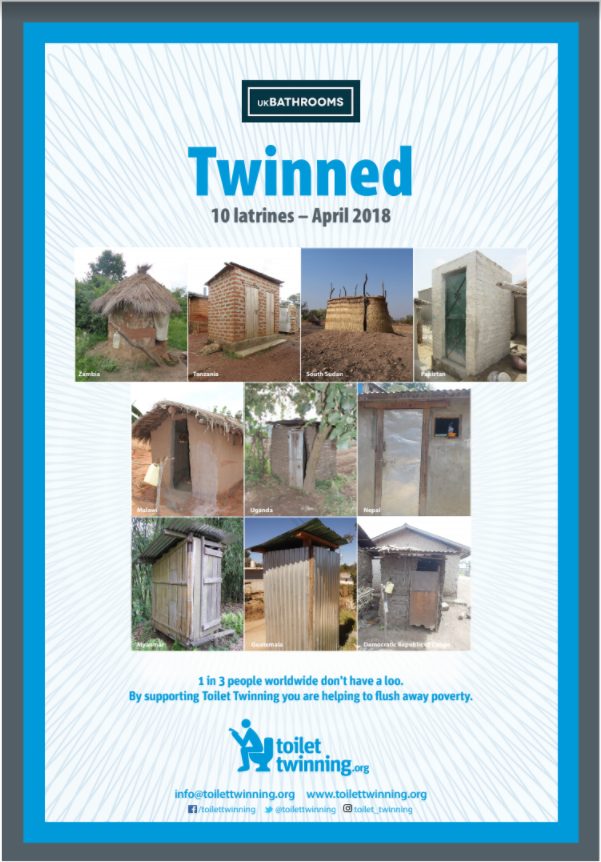 These are the countries that we supported this month!

We are supporting Toilet Twinning!

UK Bathrooms believes that we have a social responsibility to make the world a better place.
Starting from this month, we are supporting Toilet Twinning.

In many countries, people are still living in extreme poverty and don’t have access to clean water and decent toilets.
They have not been taught about hygiene. Worldwide, nearly 1,000 children die daily from preventable diseases linked to dirty water and unsafe toilets. 2.3 billion people don’t have a safe and hygienic place to go to the toilet. This robs people of their health – and their dignity. 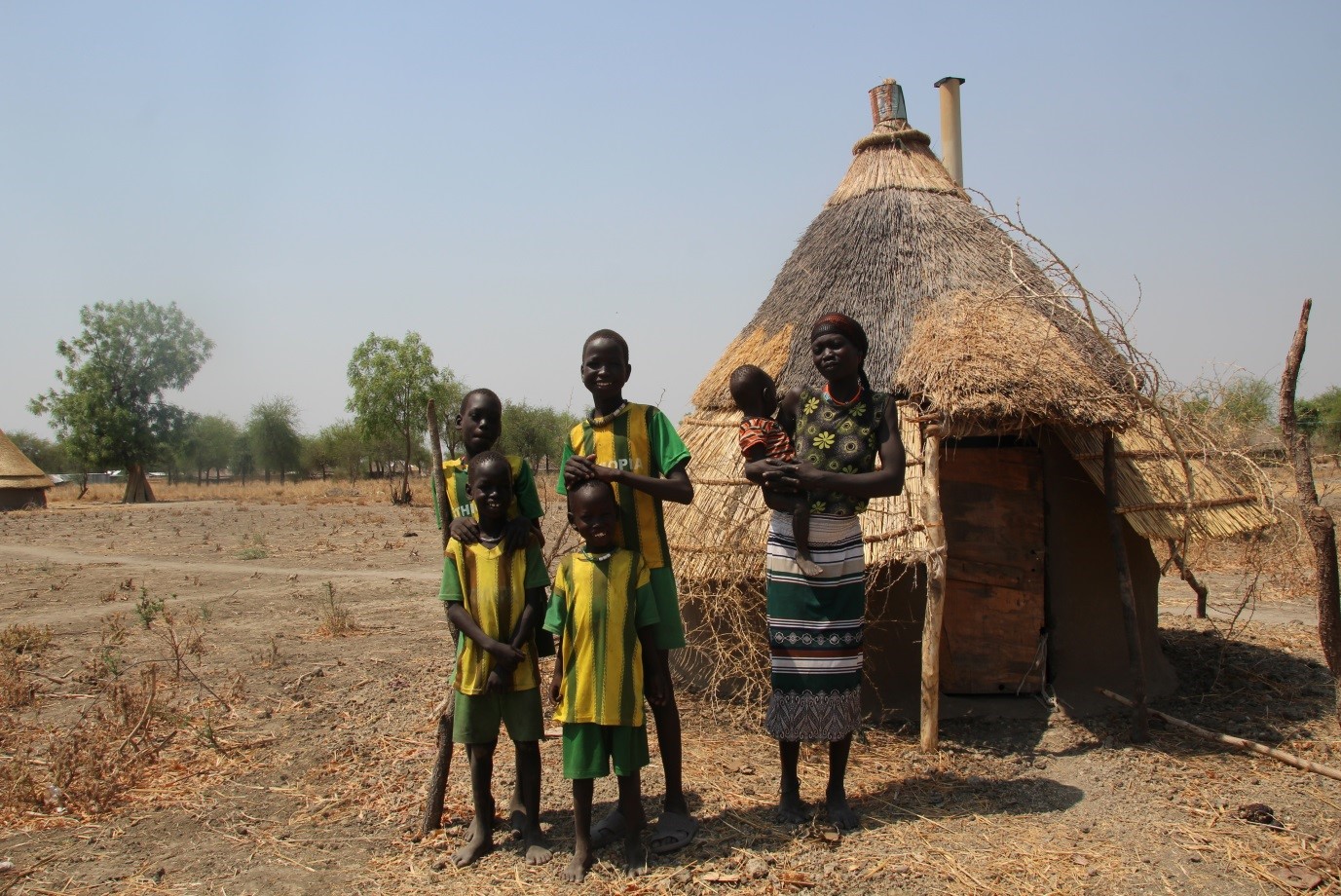 What is Toilet Twinning?

Toilet Twinning is a charity campaign founded in 2010 to help tackle the global water and sanitation crisis. They work in 25 countries across three continents: Africa, Asia and Latin America. They focus on the world’s poorest communities, which are often in volatile and conflict-affected countries.

Toilet Twinning raises funds to provide clean water, proper toilets and hygiene education – a fundamental combination that avoids the spread of disease, decreases the number of deaths among children, and gives hope for the future. The campaign invites people to ‘twin’ their toilet at home or work with a latrine overseas and so sponsor a toilet for a family abroad.

How do we support Toilet Twinning?

It costs £60 to twin a toilet and UK Bathrooms donates £600 each month to the campaign. This is equivalent to twinning 120 toilets a year. We believe that, by contributing to Toilet Twinning, we can make a real difference to struggling families and help flush away poverty. 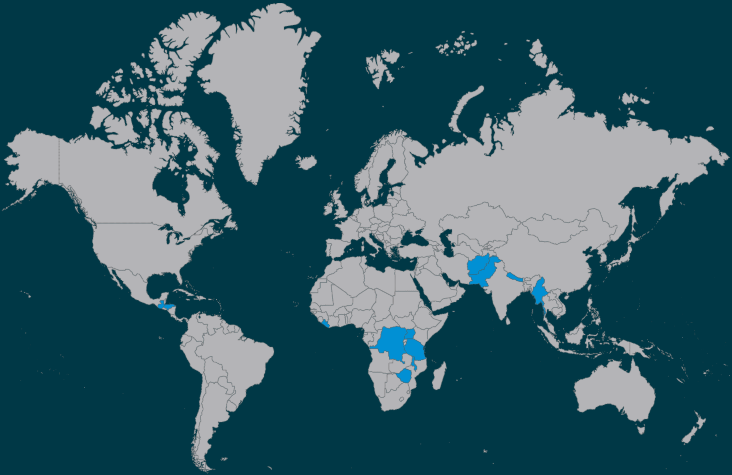 Which countries are we supporting?

These are the toilets that we twinned this month! 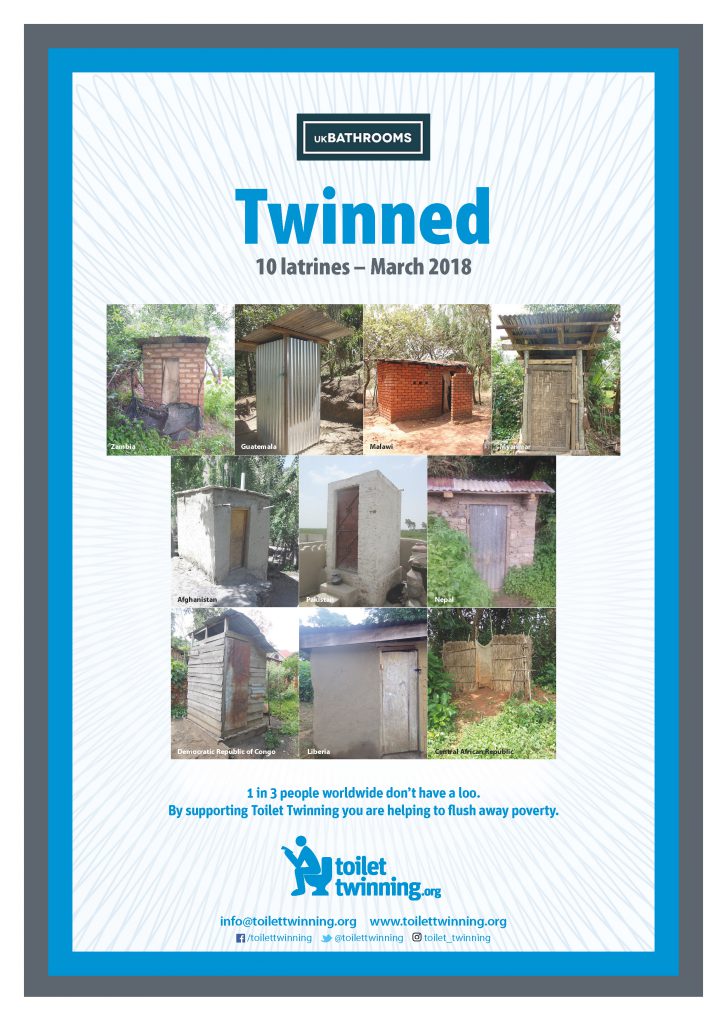