The best of the best bathroom brands

Where to Find the Best in Luxury Bathroom Brands – that’ll be UK Bathrooms! 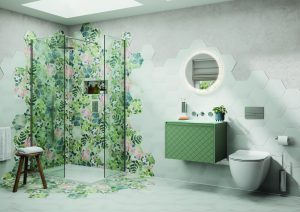 Are you looking to upgrade your bathroom? Look no further than UK Bathrooms. As a pure online retailer we have been supplying the best of the best in bathroom brands for years, providing customers with a wide selection of luxury options. From Villeroy & Boch and hansgrohe to Dornbracht and Duravit, UK Bathrooms has everything you need to create an opulent and comfortable space.

The Benefits of Shopping at UK Bathrooms 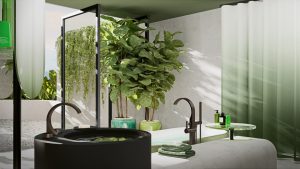 When it comes to shopping for a new bathroom, there are many benefits to choosing a retailer like UK Bathrooms. Not only do we have a massive selection of products—including high-end brands such as Crosswater, Keuco, Abode, Geberit, Grohe, Laufen and more—but we also offer free delivery on orders over £500. Additionally, our website is incredibly user friendly and easy to navigate; so you can find exactly what you’re looking for without any hassle. 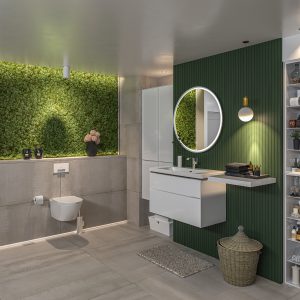 UK Bathrooms also offers customers promotions and extra deals on certain items throughout the year. Our “clearance” section showcases some of the best deals that can be found; excess stock, graded stock and unwanted items are all sold at cost price or below.

Finally, because we carry so many top-of-the-line brands—from Matki and Zehnder to VitrA and Kaldewei—you can rest assured that whatever product you choose will be made with quality materials that will last for years to come. 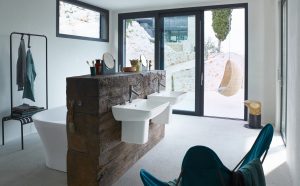 At UK Bathrooms, we understand how important it is for our customers to have access to the best in luxury bathroom brands at an affordable price. We strive every day to provide our customers with the highest quality products from some of the most well-known names in bathrooms around the world. Whether you’re looking for a high-end freestanding bath or just want something simple yet stylish like an illuminated mirror cabinet – we’ve got it all! So make sure you check out our website today and start transforming your bathrooms into something special!

Moving from the city to the countryside to run a farm, start a microbrewery and live in a vast 21st-century farmhouse are Michael and Phil. They are both confirmed city dwellers, living in lofty heights in swanky Soho, however both fell in love with Christmas Farm, near Newbury. They moved there and commuted to their jobs in the city, however they soon realise Christmas farm was a full time job. Thus they left their jobs to focus on the farm.

The farm house currently is a timber chalet style home, which they found claustrophobic and couldn’t enjoy the views of the countryside from the small windows. They are instead looking at building a 21st century farmhouse, different to anything seen in the area and as well as being functional as a working farmhouse it will also be ultra-modern. Cut into the hillside the home features numerous staged floors, flowing from working on the lower ground to living on the upper grounds.

The expansive project sees them overseeing the expensive project as well as running the farm, which they need to make money. However to make their new home work financially they set up a new micro-brewery in the barn. There are delays along the way, especially with their extravagant design which includes the largest sliding trapezoid window in Britain and a flint clad outside walls, however they managed to complete it all on time and within budget.

The house featured a mud room, to be used when coming in from the farm, to clean up in, before entering the rest of the house. Inside was a Crosswater Solo Fixed Shower Head and a Crosswater Shower Handset with hose and round back plate for cleaning up. As well as a Vitra basin and heated towel rail similar to Vola T39W. This room is mainly a functional bathroom, however also in the house was an on-suite with a toilet which had views out into the country side and a bathroom in the guest house. Items used in the show can be found on our Grand Designs Page, if you’re looking for inspiration.

We aim to provide you with a one stop toilet shop, for wall hung toilets. You are now able to purchase wall hung toilet suites on our website which include; toilet with seat and cover, frame, cistern and flush plate. There are a number of variations available to suit your bathroom needs.

Here at UK Bathrooms we sell a wide range of top quality toilets from leading bathroom manufacturers which are included in this selection. Items sold as part of the toilet suite package not only save you time when ordering and convenient, but will also save you money. With the wall hung toilets including fixtures and fittings being cheaper when bought as part of a package from our site.

Wall hung toilets are a convenient option for any modern bathroom, as well as being stylish, they are also practical, fitted with water saving duel flush systems. Save money with UK Bathrooms. 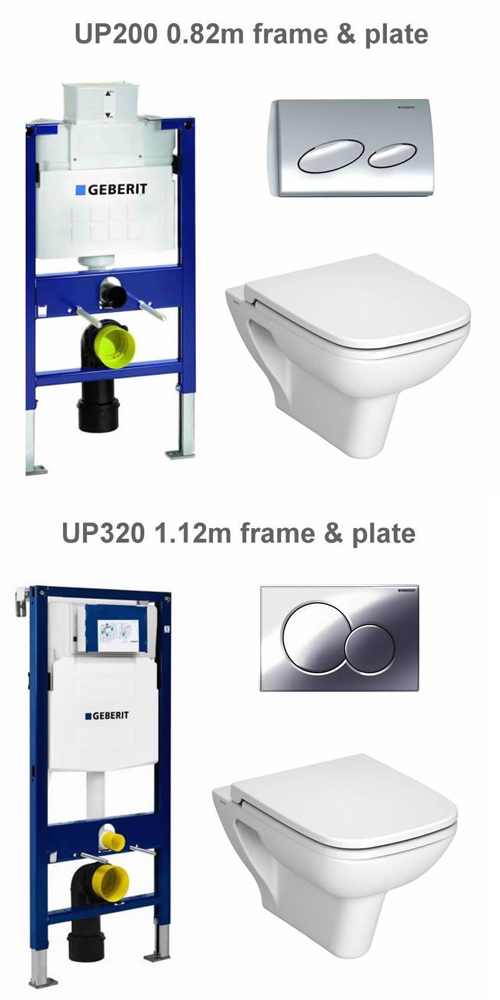 A stunning innovation from the Europe number one bath producer Kaldewei takes you into the world of sound, not in your living room, but into the bathroom! Using two simple transponders your bath becomes a large loudspeaker of high quality and you are able to listen to all your favourite songs or music whilst relaxing in the bath. By using the movement of the water the sound and gentle rippling are created and the system works equally well without any water in the bath so you can still enjoy music in the shower, all from the touch of a button.

This clever system uses the two transponders as well as six acoustic panels, with a Bluetooth receiver and a control box. No professional help is need to install the Soundwave and it is all tucked away beneath the bath and it is all compatible with any Bluetooth device as well as iPad, iPhone, or laptop device. The system can be linked with 8 devices each of which has a pass code which the receiver will instantly recognise automatically along with your playlist, ideal for families with differing tastes in music. So let the soft tones of the Kaldewei Soundwave Sound System relax you along with the water and the bubble bath. 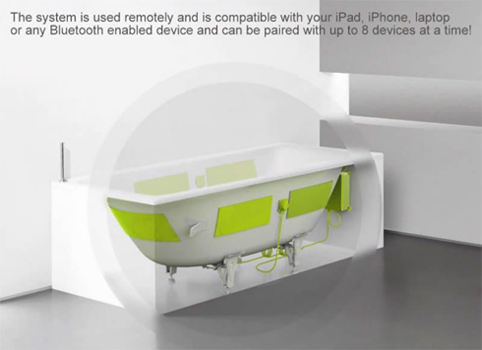 Did you enjoy Cyber Monday?

If you were one of the millions that took part in Cyber Monday, we hope you had what you wanted at that very special price. At UK Bathrooms we believe that you will get the very best of Cyber prices every day of the week, because as we point out, we are never beaten on price and make no charge whatsoever for using a credit card.

One example is the package that we have put together which will save you 45% on the recommended price and for just £450.00 you will get a superb Arezzo sink, toilet and bath, as well as all fittings, taps and even a standard toilet seat! The Arezzo Bathroom Suite package includes a Vitra Milton single tap basin complete with a full length pedestal, a Vitra Ares chrome mixer tap with matching chrome pop-up waste a Vitra Milton close coupled toilet and standard seat. A high quality Kaldewei steel and enamelled classical bath complete with Vitra Ares lever bath taps in chrome and a stylish Vitra Optima front bath panel. Every day is Cyber Monday at UK Bathrooms! It really does pay to look at our clearance corner before you finalise your choice of bathroom products. For example just one product is the VitrA acrylic bath which can save you a massive £80 and will be an asset to any home. The bath is made from high quality acrylic and in common with all VitrA Acrylic Baths, is offered with a full 25 year guarantee.

The bath is available in three sizes, 1500 x 700mm Bath, a 1600 x 700mm Bath, or a1700 x 700mm Bath. The bath is supplied without holes drilled for the taps which will enable you to decide just where you would like these and can easily be done by your plumber or installer. Depending on where the bath is to be fitted will determine whether you will need the optional front and end panels. This bath is just one of the items which will save you money if you open our clearance pages on the website. 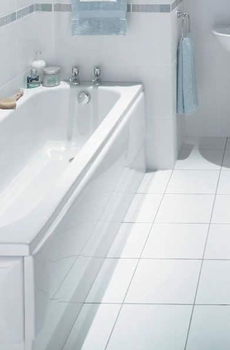 It is possible to give your bathroom a facelift, in fact a complete new look by doing something simple like fitting new bath taps. Modern taps are more efficient than their predecessors and feature technology, such a ceramic discs, which end the misery of dripping taps and generally are much easier to use as well.

The VitrA Slope Bath Filler tap uses ceramic discs so you can look forward to a trouble free future. The Vitra Slope is modern and will bring a new look to your bathroom adding contemporary styling. The taps are finished in high chrome and with dual lever controls, even the elderly or those with limited grip will find them easy to operate. celebrex cost The VitrA bath filler is just one of the modern collections of Design Essential taps and more examples are to be found at the VitrA pages. 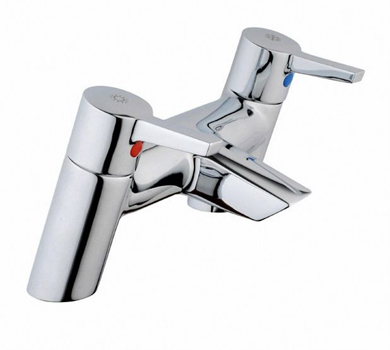 Another great product from the award winning Turkish inspired company VitrA. The company has been manufacturing ceramic sanitary ware since its origins in 1942, when it began its life in a tiny back-street workshop.

Amongst many other stunning designed sanitaryware VitrA has specialised in commercial applications and includes men’s commercial style urinal systems. UK Bathrooms can offer a complete porcelain urinal toilet system including the high level china auto cistern and chrome splurge pipes and dividers. Alternatively you could use a china or plastic high level auto cistern depending on your job specification and we also offer any of these items as single pieces. The Vitra men’s urinal is by far our best selling system and the VitrA ARCHITEKT urinal is one of the most popular with specifiers and architects. 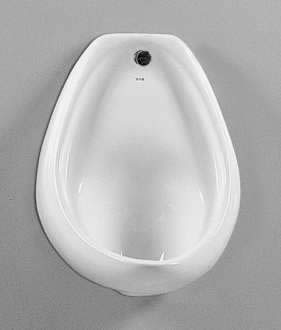 Carefully selecting your individual items for a new bathroom can be a rewarding experience, but with the pace of today’s life a carefully selected bathroom suite complete with shower enclosure is not just easier, but can be more cost effective as well.

One example at the UK Bathrooms site is a package that has been selected from leading European manufacturers including Vitra, Bristan and Geberit. With the Novara range you have a suite that looks contemporary and will not easily date. 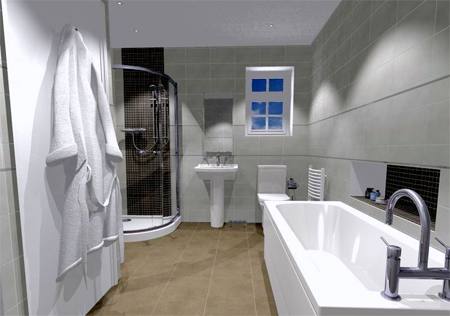 Increasingly being included in the modern bathroom or new en-suite is the “his and hers” double basins, designed to be both functional and look good. Selecting two wash basins may not be too difficult, but the important vanity unit could present a more difficult choice. It has to serve more than just accommodating the wash basins; it should offer storage space for the all important cosmetics, towels, etc.

One of the most popular is the VitrA Espace space-saving collection of sanitary ware, which was conceived to offer maximum design impact for small rooms. The double basin vanity unit is designed to accommodate two classy angled basins and the unit is available in four distinct finishes. The flexibility of the vanity unit and basins allow a choice of contemporary taps available to purchase from the web pages, you will not regret buying VitrA. 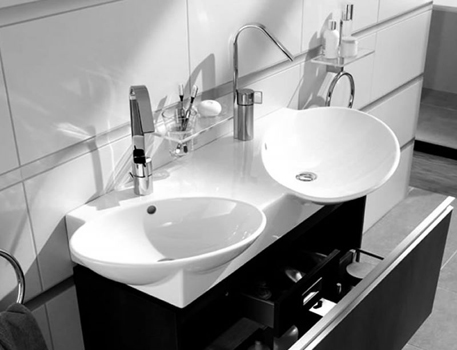