Your Geberit bathroom at the right price

We are the leading UK Independent e-commerce bathroom retailer of Geberit Ceramics in the UK.

Since Geberit Ceramics launched we have championed them as a brand and their products. In terms of style, design and engineering Geberit ceramics are the highest possible quality.

We pride ourselves on being experts on all their ceramics and we are the only real destination online to buy Geberit as we:

Our aftersales team are second to none

As the leading Geberit Ceramics supplier, we are confident that our price is the lowest. However, if on the off chance you do see it anywhere else cheaper we will certainly look to price match it.

Let’s celebrate the Wimbledon game together!

UK Bathrooms is celebrating the start of Wimbledon today! Are you ready for a very British party? Let’s put some ideas together to celebrate the big event even you are not in the tennis court watching the game! 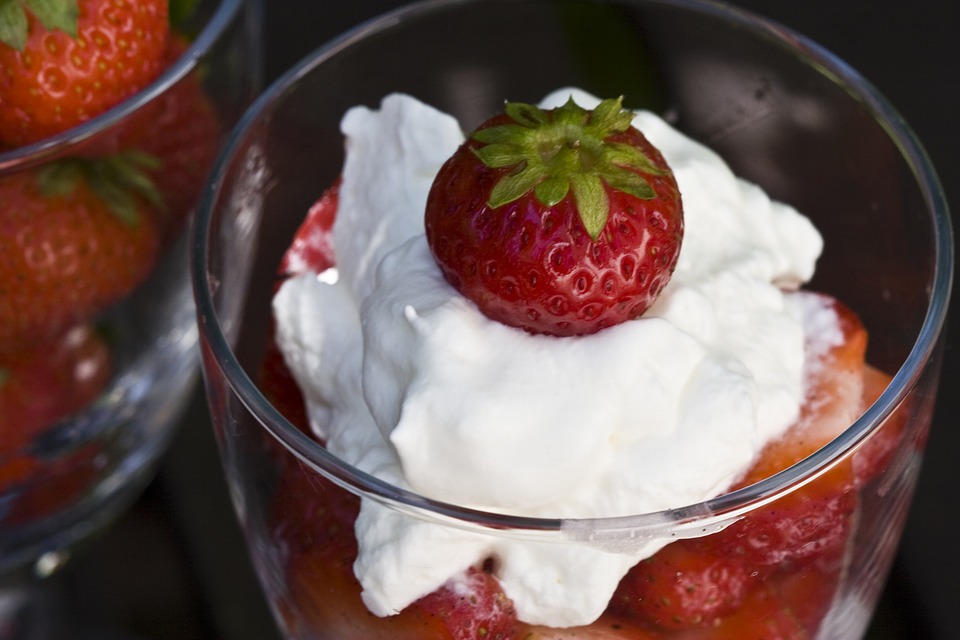 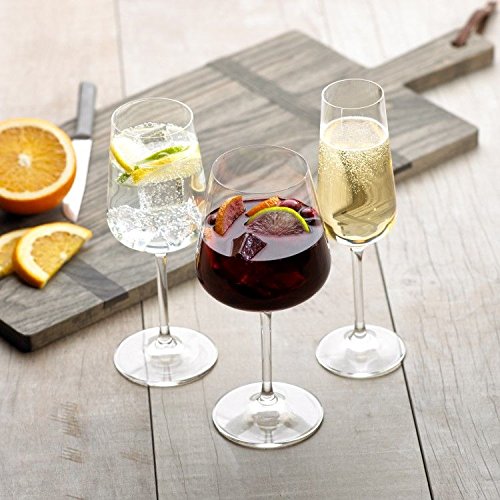 Never mind who wins or loses, as long as we are all enjoying a glass in the great British summer time! We are giving you the gorgeous Villeroy & Boch Crystal Glass set for free when you place a Matki order over £500 or more.
You can learn more here: https://blog.ukbathrooms.com/discover-matki-showering/ 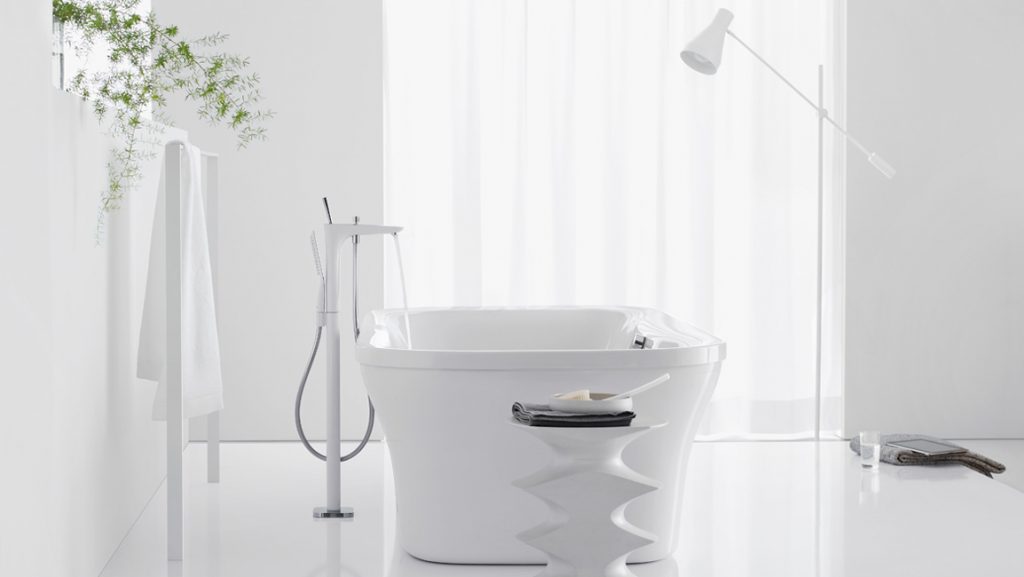 We all know the Wimbledon uniform colour is white! And at UK Bathrooms we have so many Wimbledon inspiring colour bathroom products available for you to follow the Wimbledon traditional colour all year round. 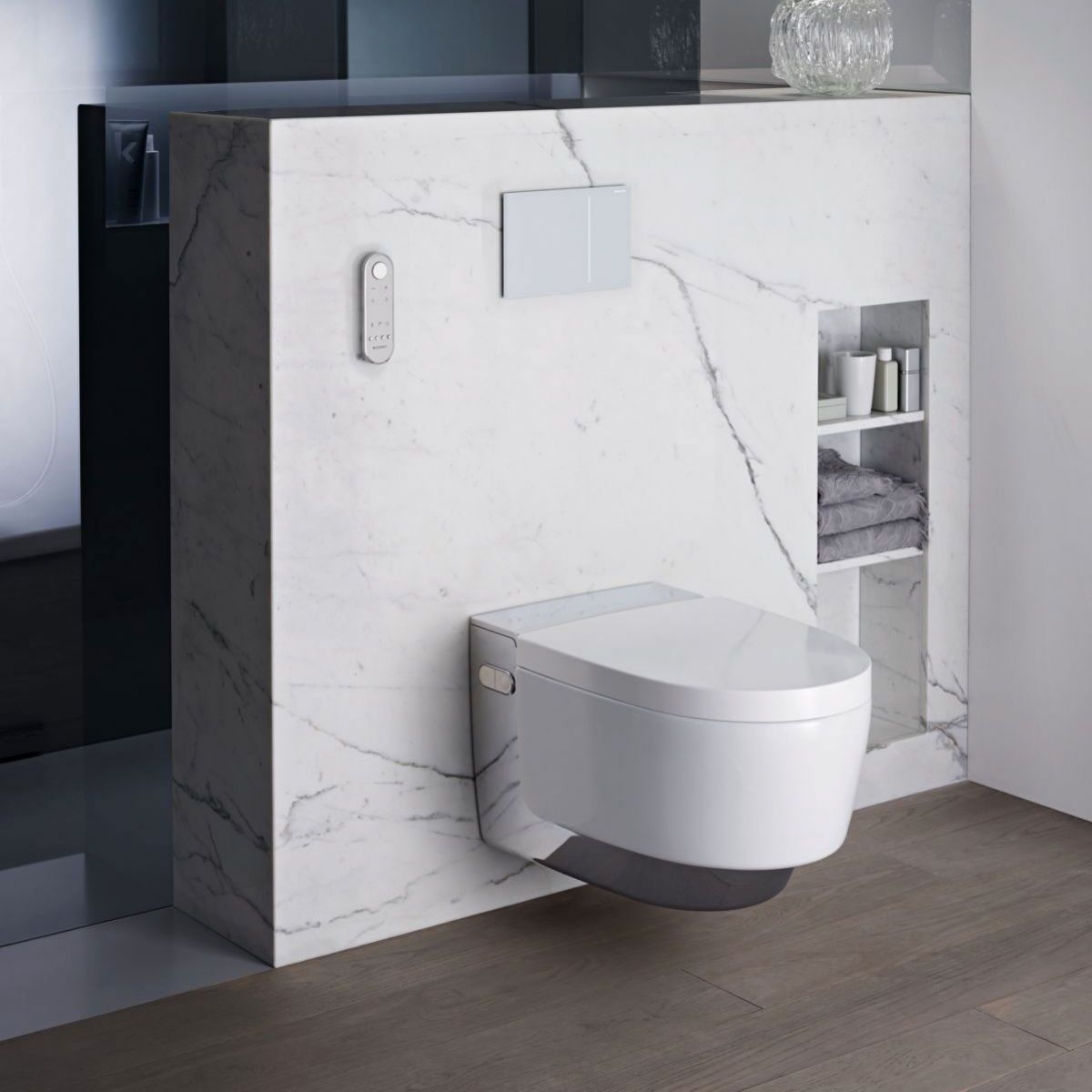 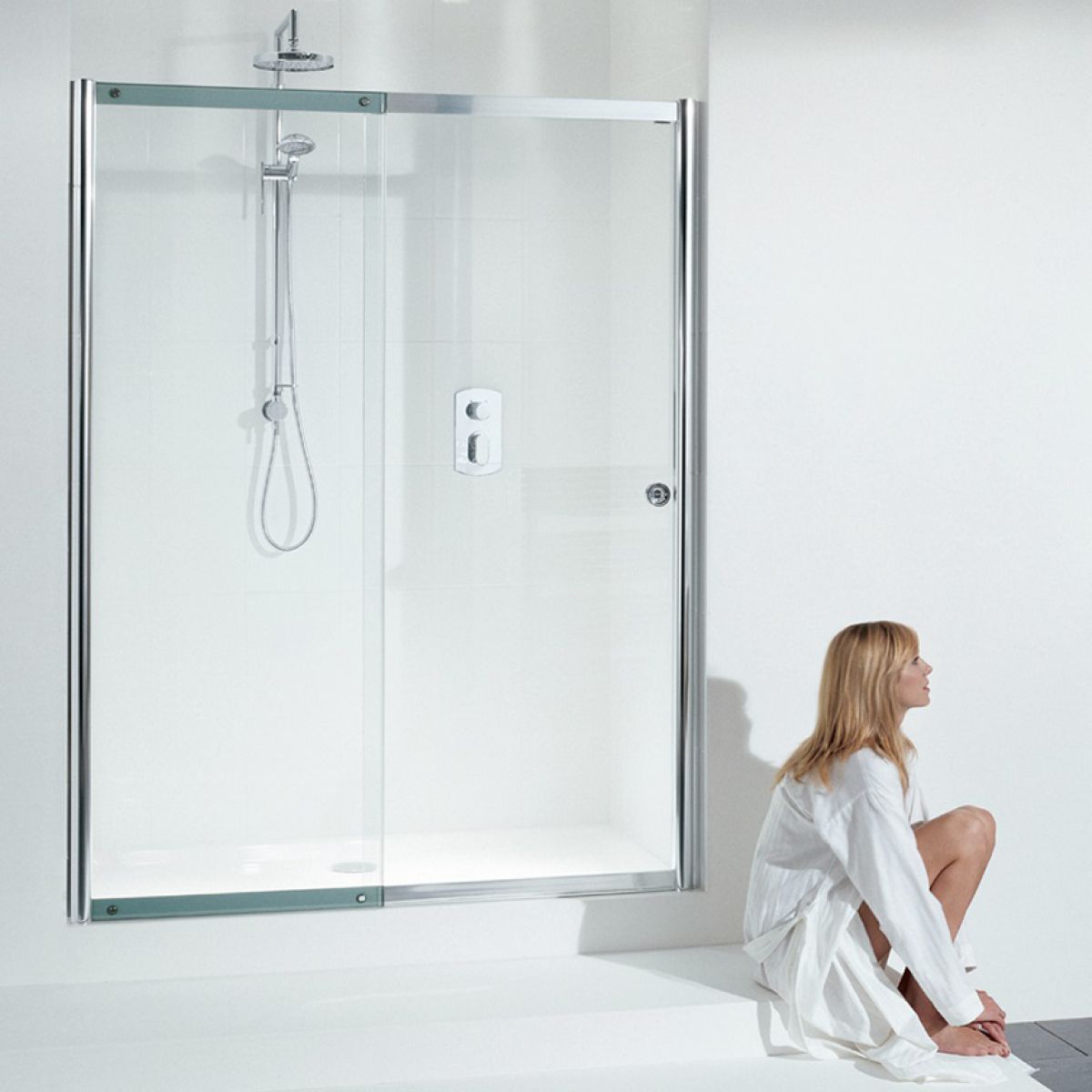 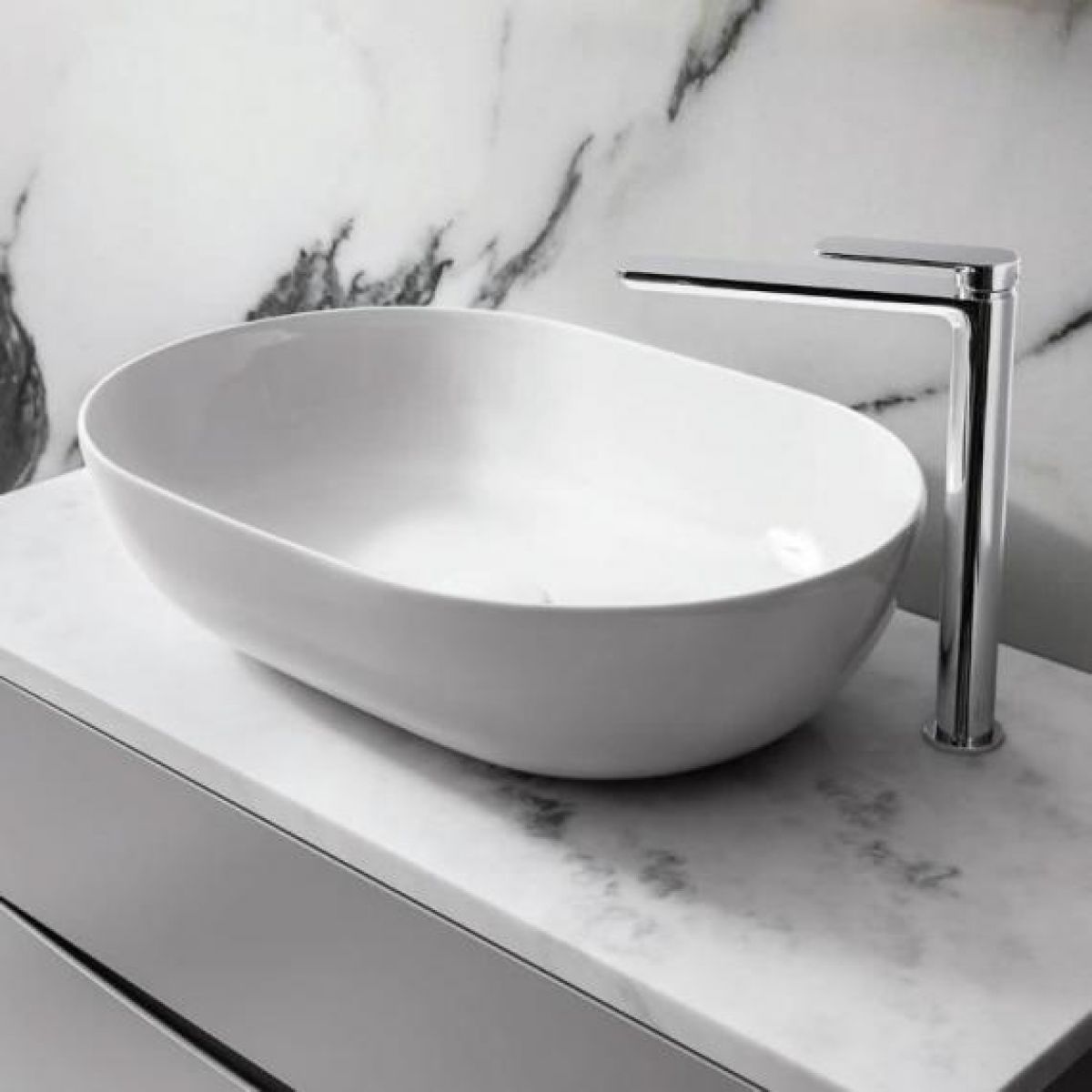 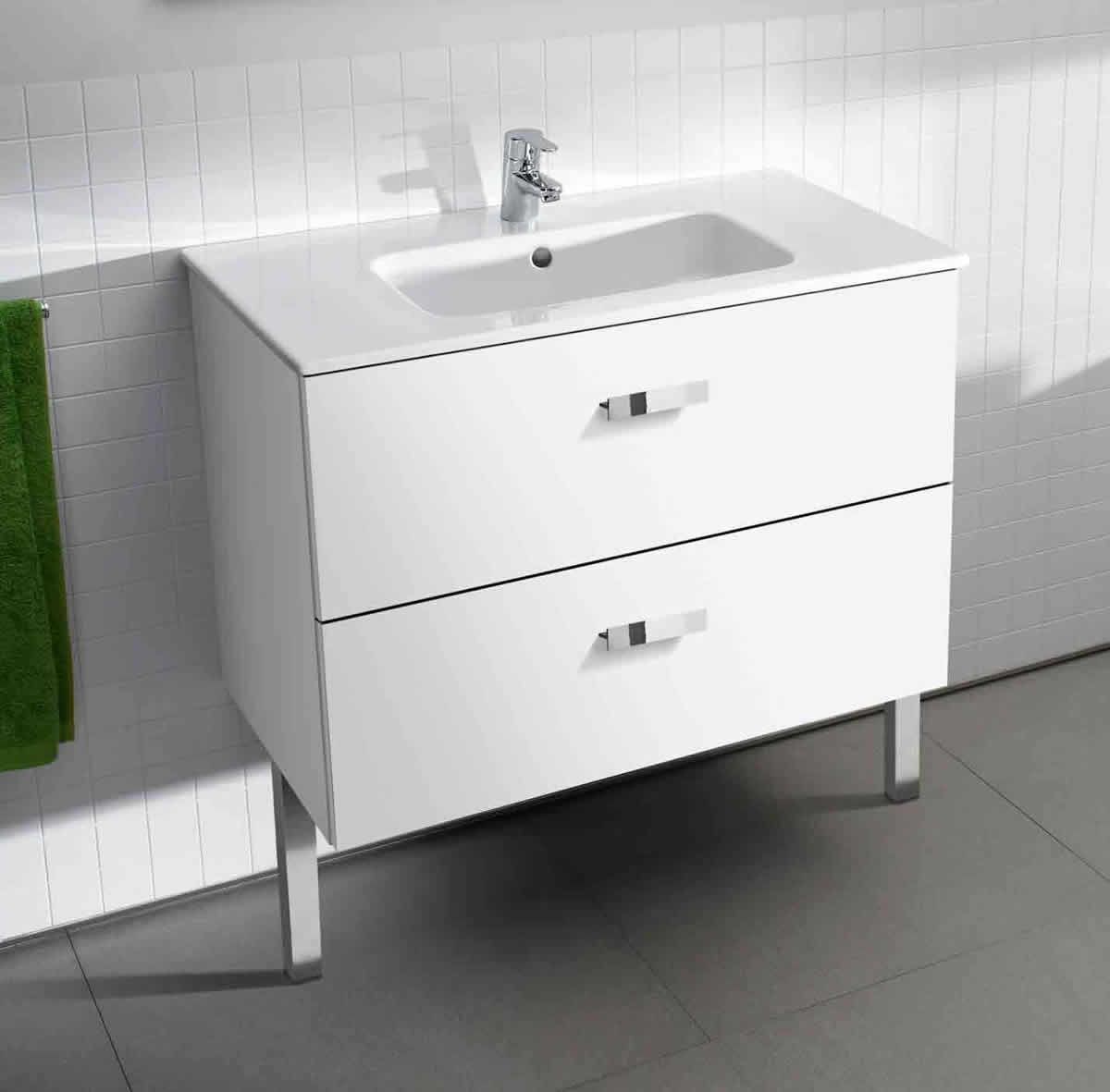 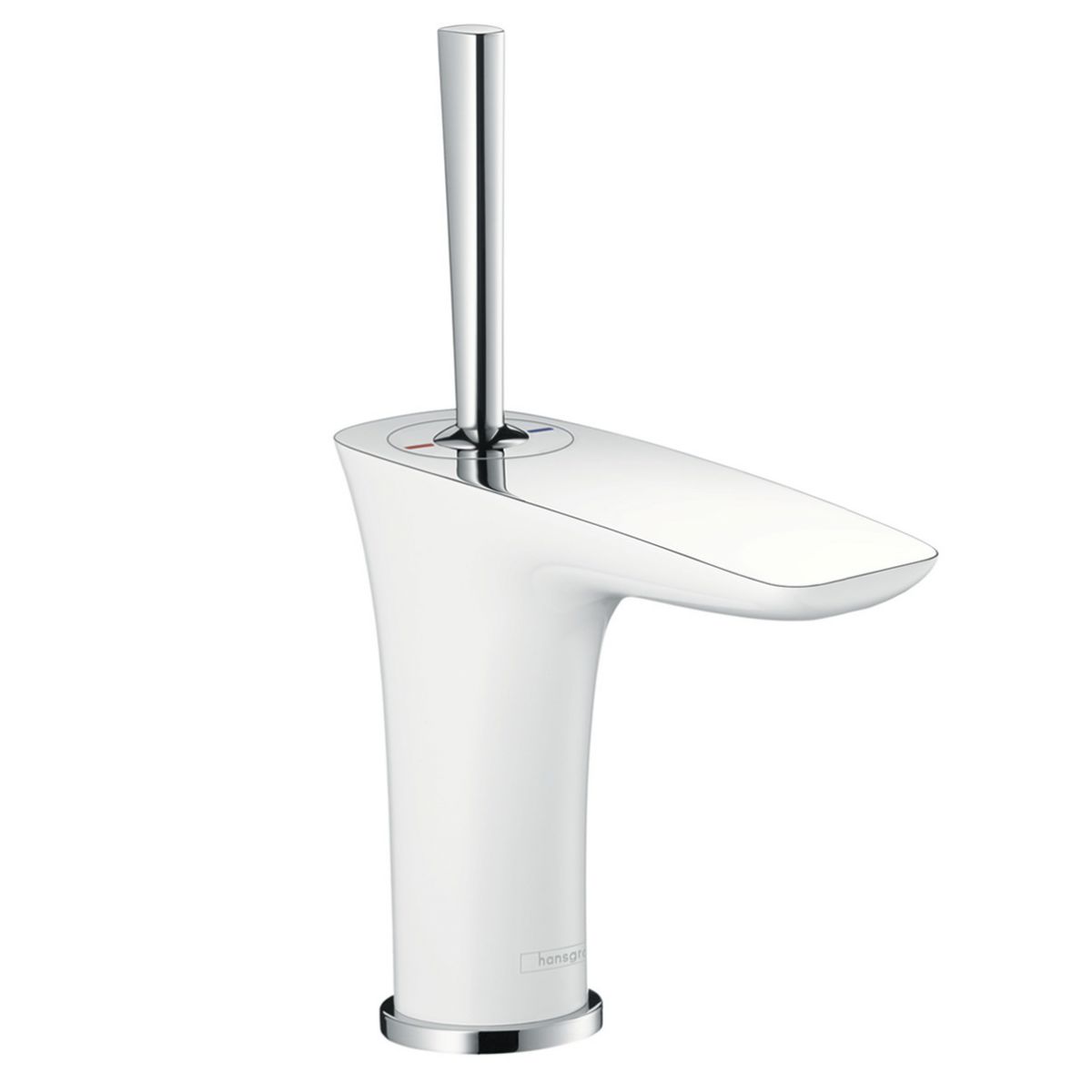 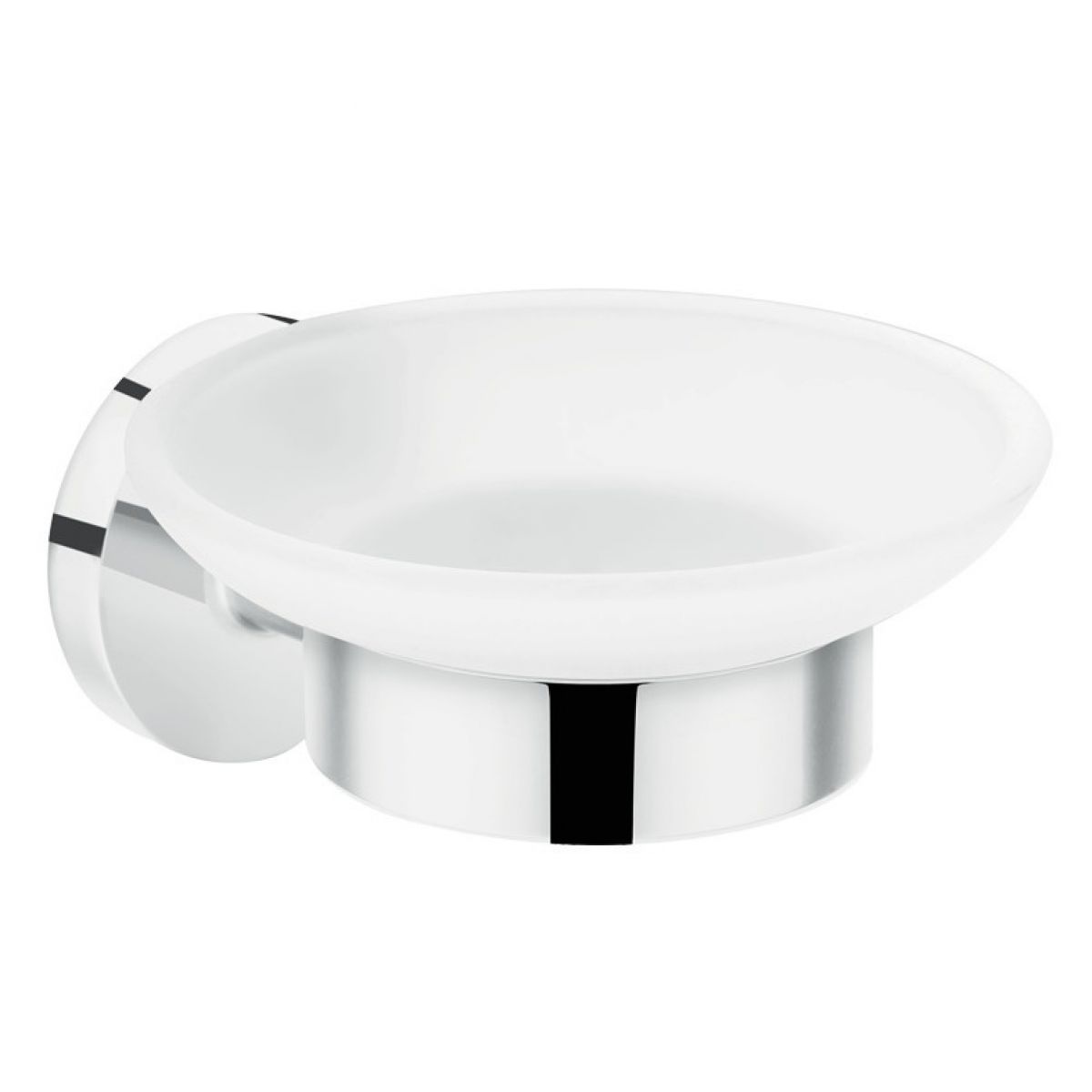 We hope you all enjoy the Wimbledon game this summer!!

Upgrade your bathing space into a smart bathroom

There are so many smart and cool gadgets out there for your living room, bedroom, kitchen and other living spaces. But, have you ever considered turning your bathing area into a smart bathroom? You can find a wide range of smart products from us here at www.ukbathrooms.com, and they offer very useful features as you can imagine. Here are a few items that can make your life much easier and your new bathroom even better. 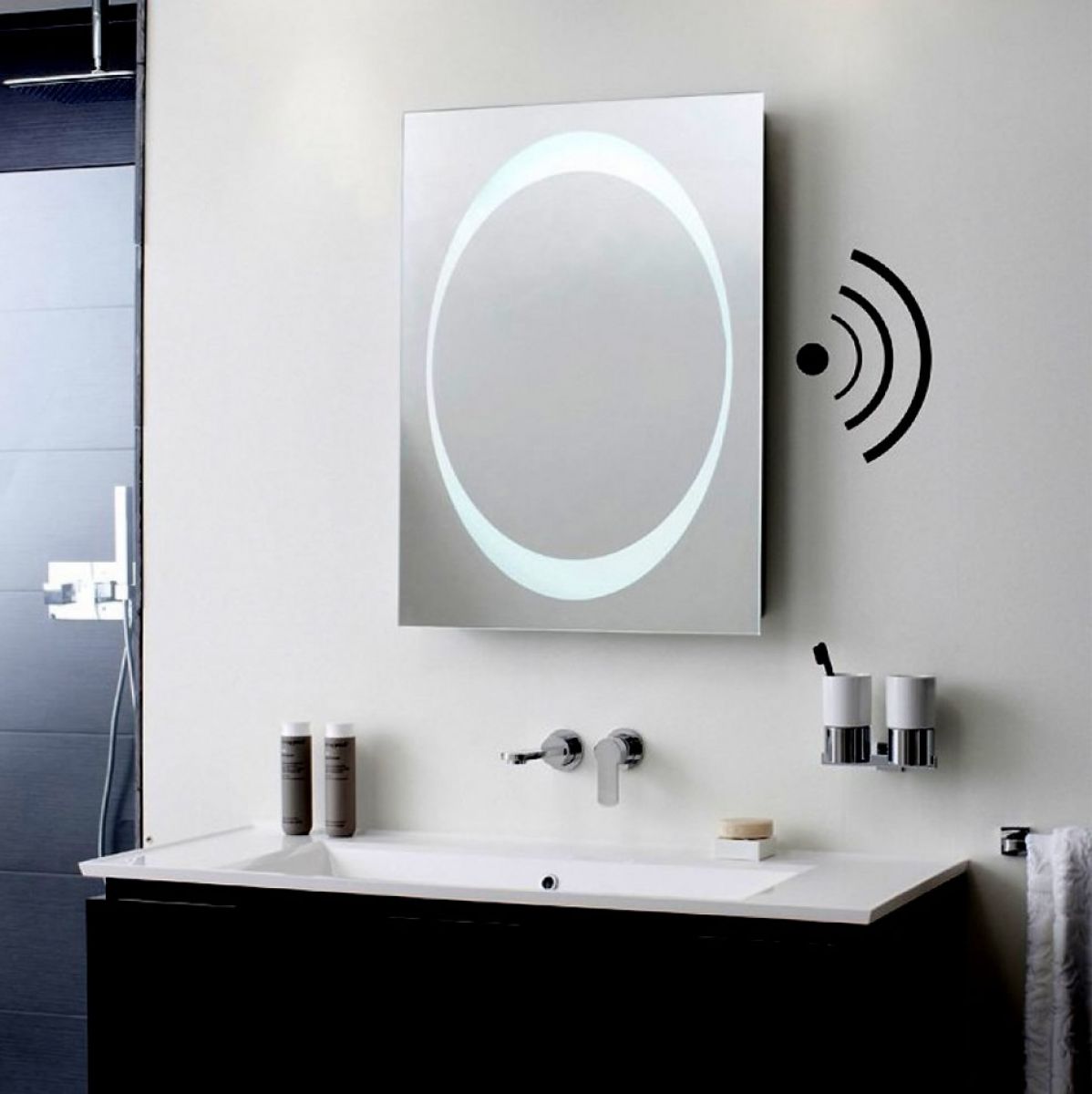 The above picture is the Bauhaus Revive 1.0 LED Mirror with Bluetooth Speakers

If you enjoy singing out loud to your favourite tune in the shower or relaxing with a glass of wine in a hot bath a Bluetooth speaker hidden behind the 5mm toughened glass will provide you with the best music experience.

The above picture is the Keuco iLook Move Cosmetic Mirror

Designed to be adjustable in 3 dimensions, the magnifying mirror can be angled depending on how you need it when applying makeup or shaving. A wall mounted control and power supply plus low voltage connecting cable are provided as standard. This can also be recessed into the wall so the cables are hidden. Choose from a square or a round shape to suit any bathroom design scheme.

The above picture is the Crosswater Digital Kai Lever Shower Kits

Digital technology has improved the showering experience to the next level, allowing for perfect tuning of thermostatic controls. It finds the perfect shower temperature with precise and sophisticated controls. Now you can shower how you like to, every single time. 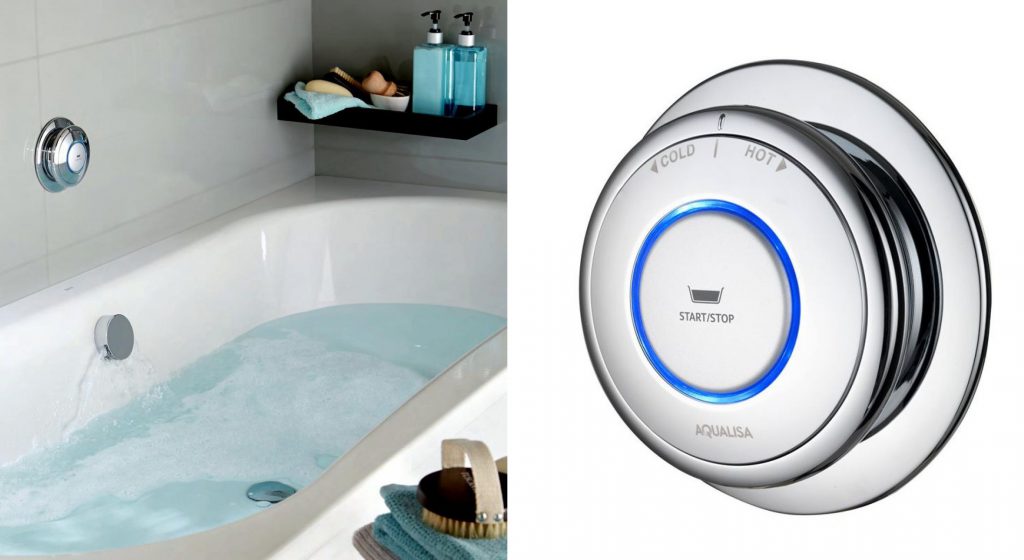 You can add this smart digital control to any bath. Temperature and flow rate are both controlled by a smart wall mounted LED which is very simple to operate. A single stop and start button in the centre sets the whole process and a temperature ring around the outside let you adjust the temperature to exactly what you desire. Furthermore, either low or high-pressure versions can be specified to match your water supply.

The above picture is the Geberit Aquaclean Mera Comfort Shower Toilet

The AquaClean Mera from Geberit is a masterpiece of function and design. It offers a level of sophistication and comfort that you have never been experienced before in toilet technology. The AqualClean is a shower toilet that blends into any bathroom environment and is completed with revolutionary comfort technology. It’s a long list when talking about its key features, but the leading features are its warm water oscillating spray, paired with a heated seat and warm air blow drying after use. Geberit AquaClean Mera is a monument to what it means to experience and enjoy deluxe comfort.

Geberit is a Swiss based international group which specialises in the manufacture and supply of sanitary parts and fittings and is, without question, one of the leaders in this field throughout Europe and, through its subsidiaries, one of the most important worldwide.

Since its inception in 1874, Geberit has grown in size, particularly in the 1970’s and onward and now is represented in most countries in the world. During that period it has been the recipient of numerous awards for the company’s innovations, product design and its strong focus on sustainability some of which have been for their flush plates.

Examples of four of these flush plates are, the Geberit Sigma 80 Touchless Dual Flush Plate, this sleek cutting edge technology gives the user the ability to control toilet waste with a wave of the hand ensures a hygienic and clean environment. Available either in black or mirrored glass, it requires only hand motions to flush the toilet after use. 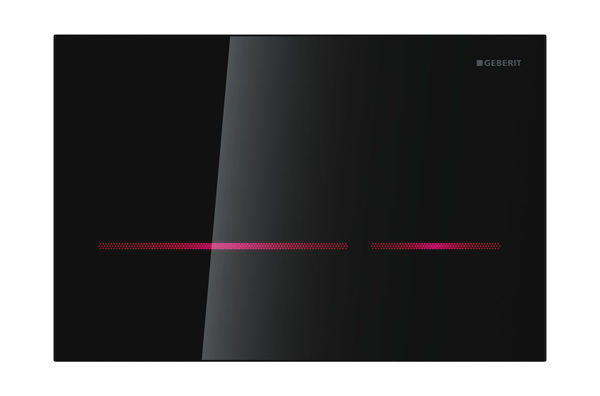 An alternative is the Geberit Sigma10 Flush Plate which utilises the latest in modern technology, an efficient flush activation mechanism, with the option of a dual flush operation as well as an automatic flush option. Focussing on hygiene, the Sigma 10, does away with the need for flush handles ensuring a cleaner and safer bathroom environment, simply wave your hand in front of the sensor to operate the flush mechanism. The Sigma 10 is offered in seven different colour mixes and is suitable for installation in public conveniences.

The Geberit Bolero Dual Flush Plate “does just what it says on the tin” it operates a dual flush to your toilet, but not only that it looks neat and as you would expect from Geberit, clean and attractive. Offered in three different styles to match your decor, white, matt chrome and bright chrome, the Bolero Dual flush can be described as the perfect option for the modern bathroom, which has been designed around the Geberit concealed cistern UP320. 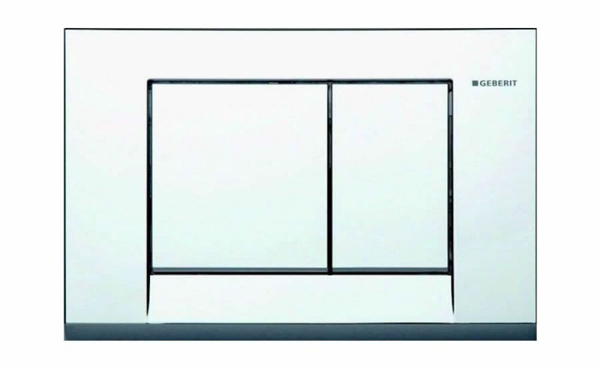 Similar in operation the Bolero Dual flush but featuring circular flush buttons in place of the rectangular style, the Geberit Kappa 20 Dual Flush Plate, is another 21st century way to operate toilet flushing. Again by choosing the button most suitable, the Kappa 20 will provide a short or a long flush to your toilet. This flush plate is also designed to operate in conjunction with concealed cisterns which increasingly feature in today’s bathroom; in this case we recommend the Duofix 82cm & 98cm frames and the UP200 concealed cistern. 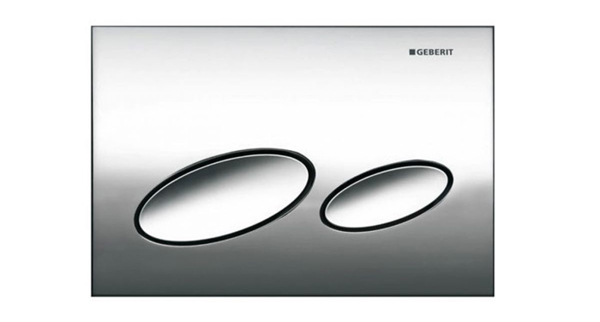 Over a period of 140 years, Geberit has moved from being a family run business to a global public company. It has long been recognised that Geberit is the European market leader in sanitary technology and has long been regarded as a pioneer, constantly setting trends and innovating product ideas that help in the conservation of water. The impressive product range is designed for use in new building as well as where renovation is being considered, particularly with a view to modernisation.

Geberit has long recognised the need for better hygiene, and one of the first innovations was in 1978 when they introduced, the then revolutionary, Geberit toilet with a shower function. Although slow to be accepted at first in Europe, the product became very successful, nowhere more so than in Japan, where it became an overnight success!

One of the increasingly popular items from Geberit found at the UK Bathrooms web page is a system that allows the toilet to be flushed without having to press a button or turn a handle and the Geberit Sigma 10 Touchless flush plate is proving to be a winner. This 21st century touchless plate not only uses the latest in today’s technology, but it has a very sleek look and it also presents a low anti-vandal profile.

The Sigma 10 is available in seven colour mixes, is equipped with water-saving dual-flush technique, with an option for a battery operated version if preferred. Naturally the Geberit Sigma 10 is offered to you at UK Bathrooms unbeatable low prices, which are the cheapest to be found anywhere and can be delivered to you in just one or two days. 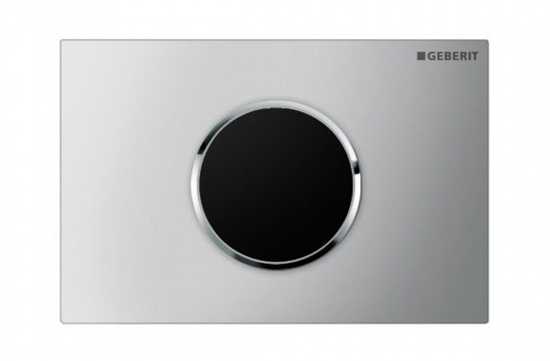 28th May 2013 in Bathroom Remodeling, Geberit

Ventilation and clean air in a bathroom or company washroom is not only very desirable, but sensible too. This is often achieved by the use of extractor systems, but these are sometimes difficult to install in some areas. However Geberit has designed a system that ensures that bathrooms and washrooms can maintain good quality clean air whenever they are used.

By utilising a system of replaceable carbon filters the air in these rooms is clean and fresh, the Geberit Sigma40 is quiet compact and very efficient in use. The wall-mounted unit is as easy to maintain as it to use and the filters are easily accessible when these need replacing. The air is cleansed and re-circulated into the area unlike other systems which mask and smell with heady perfumes. Programmed to shut off after ten minutes of use, energy consumption is kept to an environmentally-friendly minimum and the bathroom odour free.

Available in a range of attractive colours which are black, white, umbra glass, white glass, and black glass, the Geberit 40 flush plate should be matched to the Geberit DuoFresh WC Frame 1.12m with Odour Extraction. 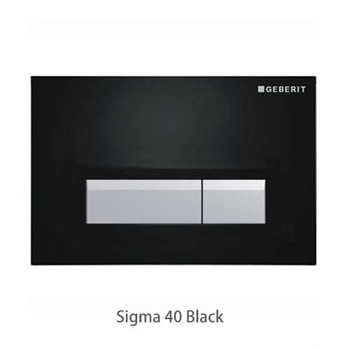 You cannot fail to be impressed with the stylish Monza bathroom suite package, which includes items from top manufacturers including, Hansgrohe, Matki, and Villeroy & Boch. The designer washbasin is the Subway semi pedestal from Villeroy & Bosch fitted with a Hansgrohe Focus single lever mixer tap with an adjustable temperature restrictor and aerator. The close coupled floor standing WC is a matching unit from the same manufacturer. Add to this the Carron Quantum SE 1700mm bath tub which comes with the perfectly matching Hansgrohe Monotrou single lever mixer tap, Geberit pop-up waste and overflow and Vitra Optima front bath panel.

Many would be pleased with this combination but added to the package is Hansgrohe Croma 100 multi combi 65m shower set in a modern bar design, which includes shower mixer with pre-adjustable hot water restriction, noise reducing connections and multi hand shower, enclosed within the RCC Radiance 900mm curved corner shower surround complete with tray. A designer bathroom suite that will impress and at a surprisingly low price. 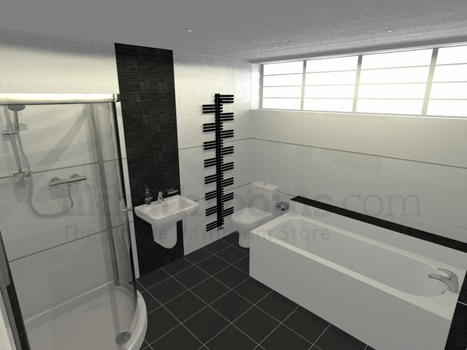